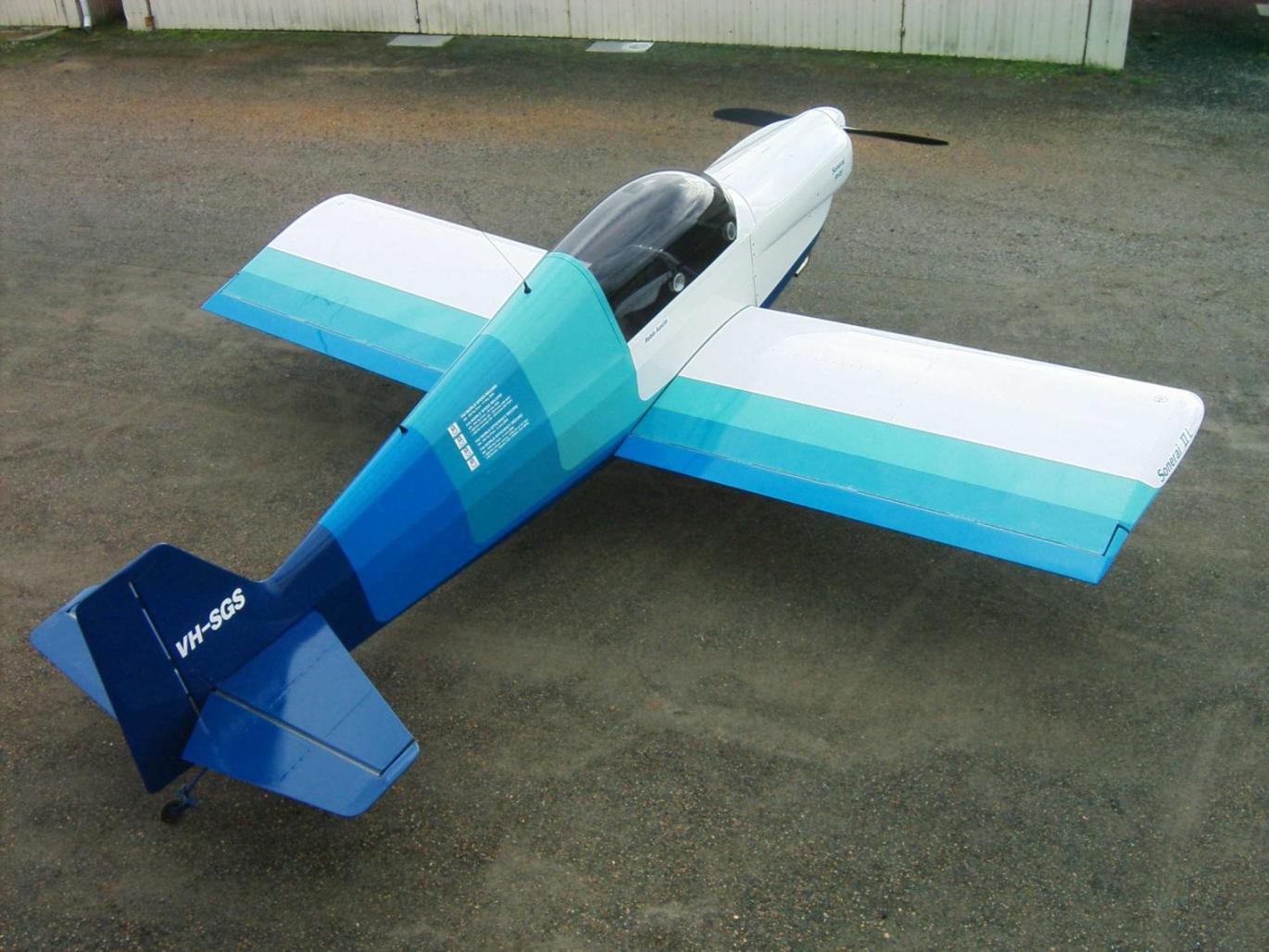 VH-SGS is a custom built, highly developed, 2 seat Sonerai-based aircraft that has been constructed, finished and maintained to the highest standards. It’s been a project in aerodynamic resolve with outstanding performance results as evidenced by its flight World Records.

This aircraft wasn’t built as a racer, although high accuracy and high quality construction and finish were the focus from inception. Many aerodynamic and weight compromises were accepted where functionality or safety benefits outweighed the disadvantages.

Although SGS’s initial flight performance was very pleasing, a program of methodical improvements to the airframe was undertaken striving for aerodynamic and handling excellence whilst retaining the stock engine and RPMs for durability and safety.

These airframe improvements included meticulous optimization of internal and external drag and the development of a special high-speed, in-flight adjustable propeller.

With these and many other structured airframe improvements and refinements, SGS’s utility was further transformed. It climbs at 1920 fpm and has a maximum continuous cruise of a genuine 170 knots, all on the standard 100 HP Rotax motor.

The Federation Aeronautique Internationale (FAI) is the sole authority for administering all flight World Records.

In 2008, SGS competed successfully in the FAI Speed Over a Recognized Course World Record category, completing a 500 Km flight in 68 minutes at an average ground speed of 440 KPH (238 knots : 273MPH).

SGS also competed successfully in the Aeroplane Efficiency World Record category in 2 weight classes, the best result being a 1200 Km non-stop flight around a closed course using only 43 litres of fuel.

In all, four World Records were established, exceeding previous Speed and Efficiency benchmarks and remaining today as the best recorded flight performances in each weight category for any aeroplane type.

As well as being a World Record performing aircraft, SGS is also aerobatic and a capable cross country 2 seat tourer. It has a demonstrated service ceiling of over 24,000 feet, can remain airborne for over 14 hrs and could fly across the entire mainland USA at its widest part with only one fuel stop.